We hope you all enjoyed your summer and made the most of all the sunshine! We had a very enjoyable one and it was very different to those gone by in recent years. It was great to spend time at home in Ireland promoting the new album and also have fun relaxing in the Mediterranean.

In August we got to play at Feakle Trad festival and had a great crowd turn up for our outdoor gala concert. Thankfully the weather stayed good for the entire day event though it looked like it could have rained at any moment. We stayed around after and got to enjoy tunes with many fine musicians that was around.

The week after that we got to go to The All Ireland Fleadh in Sligo where we performed on Friday in The 5th on Teeling. The gig was the first time ever in the bands history that we performed as a 7 piece with special guests Kieran Leonard on Drums and Martin Brunsden on Double Bass. Kieran is long time friend of the band and Martin worked with us for our latest album “Tall Tales and Misadventures” where he recorded some great bass lines. The night was simply phenomenal and the crowd went bonkers for the big band sound. We were blown away by all the support on the night and the crowd really gave us so much energy on the night. We hope to do more special events in the future with the guys. We managed to get a short clip of our encore set from the night so those who couldn’t join us will get a small taste of the night. Just click on the link below:

The gig was such a success the venue asked were we available for the next night too and do it all again but it wouldn’t of been possible since Conal was off to India for a week on holidays the next morning. The lucky man!!

Another fun thing we got up to over the summer was performing with Disney Cruise lines on their ship “Magic”. We event some people who had seen us perform before in Syracuse, New York. Apart from gigging at night, we all got to soak up the sun and visit places like Greece, Italy, France, Malta and Spain. Some of the highlights was seeing the most expensive car (€1.35 Million) in the world the Bugatti Veyron in Monaco and eating Snails other extravagant food. Stuff I suppose we wouldn’t normally get to do every summer! See below some pictures from the cruises. 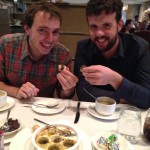 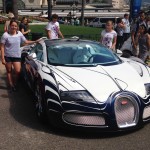 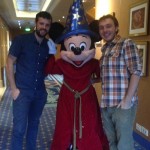 “The Boss” of the Cruise

We signed with Alan O Leary of Copperplate distribution over the summer who is going to promote our new album “Tall Tales & Misadventures” in the UK. The album release date is Monday the 8th of September and should be available in all good music shops throughout the UK from that date onwards. We have also recently just signed with Membran in Germany who are going to distribute our Cd throughout Germany and the release date for that is in mid October. Both were big deals for the band and we are delighted that both parties were so interested in working with us and thought highly of our new album to want to help promote it.

Next up in our gigging diaries is the “Folk festival tour” of Germany which is from the 21st of October until the 22nd of November. We can’t wait for the big tour but until then we are all back teaching music at home and in University!

We will keep ye up to date with everything going on with us soon and hope to have good news to announce about another European Country soon, if not two!